What do you give a 48 year old guy for his birthday when all he really wants is a KTM (hint to Laura) to add to his already over sized collection of dirt bikes?  How about a weekend food trek in the Napa wine country?!   […]

Almost one year ago Laura and I embarked on our original San Francisco Tapas Crawl (see my blog entry describing our adventure), inspired by an article in the San Francisco Chronicle.  Tapas crawls are exciting – new restaurants, no reservations, no schedule, and no expectations […]

One thing is true in life: You learn something every day.

We made our Christmas trek to Idaho to see the Parents & Siblings & Cousins for Christmas this year.  Since our primary -and only – mode of transport was car – we stopped for the night in Winnemucca, Nevada, the near exact half-way point for this expedition. This year, rather than slam down some more Trucker Food for dinner, we were armed with a curious bit of information.  It turns out – all of this according to a neighbor in Laura’s Los Gatos office building, but further validated by a first hand, on-site study – that Winnemucca was home to a large Basque population from the early days of mining and herding sheep.

The Basque originate from the northern-most part of Spain and over the centuries were sometimes controlled by the French and sometimes by the Spanish.  Ultimately,Basque roots and political alignment are Spanish, which means that Basque food is similar to Spanish food, which means the food is damn good!

The bottom line is that much of north-central Nevada was populated by the Basque and quite a few restaurants remain in towns like Reno, Elko, Fallon and yes, Winnemucca!  We were referred to Ormachea’s Dinner House, which happened to be closed the evening we were driving through.  But a quick Google on the BlackBerry turned up the Martin Hotel, about a half mile down the street.  The restaurant at the Martin Hotel serves massive quantities of food, all family style – soup, salad, stewed beans, vegetables, potatoes, stewed tongue (yummy) and more, and THEN the entree arrives.  The food isn’t five star quality, but it feel’s authentic and it makes for a satisfying (and surprising) dinner across the desolate expanse Nevada traversed by I-80!

For future reference, there appears to be two more Basque restaurants in Winnemucca, The Winnemucca Hotel on Bridge Street, and Restaurante San Fermin on Winnemucca Blvd.  We haven’t tried either, and can’t verify they are still open, but the following website has a pretty good list of Basque restaurants and served as my source: www.buber.net

Home Base Hotels in San Francisco

Kindle-izing Cooking For Christmas this year, my lovely wife delivered into my hands a new Kindle!  If you don’t recognize the name, a ‘Kindle’ is an electronic reader for books manufactured by Amazon.  Basically, you buy a book from Amazon in electronic format, and it […]

2010 is here and another three days of “living la vida loca” in San Francisco is in the record books!

New Year’s Eve is one of the few times that virtually all of the streets in San Francisco are flooded with people well into the evening.  Even the financial district sees some action.  And by SF standards, it’s pretty safe & sane partying and a generally happy crowd.  Add it to your list of memorable ways to see the New Year arrive!

While it’s technically true that we don’t have a clue about what’s going on after 2 am… Except for Ruby Skye – which still has partiers coming and going at 3am – all easily observed from a room at the Donatello hotel across the street – but that’s another story.  Regardless, until at least 2am it’s a great time to be wandering and celebrating.

This year we celebrated the birth of the New Year at one of our favorite tapas venues – B44 – near Union Square. We’re allergic to prix fixe menus on New Year’s Eve – actually, we’re allergic to prix fixe menus all the time – and B44 broke from the masses.  We have three other strict criteria for our New Year’s celebrations:  Gotta be open on New Year’s Eve – that’s pretty important.   There simply must be a bar, because restaurants without bars are restaurants without fun.  And finally, the restaurant has to be open past midnight.  I’ve got no interest in standing outside and milling around at the magic moment!    This year, B44 delivered.  Two bottles of champagne – the last consumed en mass from water glasses – and a great selection of tapas  led us to the door step of the New Year, which we celebrated by cheering along with the rest of the restaurant and documented, at least partially, with Laura’s new Flip video thingamajig.

While doing some basic research for our evening, we did uncover one sad fact.  The restaurants in San Francisco have had a tough 2009.  First, Myth, one of our favorite restaurants in SF was sold, lost it’s head chef (Sean O’Brien), and then went out  of business.  Pres a Vi, another long time favorite, has closed its doors.  And finally, even the French mainstay Jeanty at Jack’s is a goner.  Let’s hope for better in 2010.

But on the bright side, B44 was humming, the First Crush Wine Bar is still serving great food and great wines, and the Ponzu bar  stirred a mean martini!

Kauai! I’m at 37,000 feet, halfway between Kauai and San Francisco, reflecting on another wonderful anniversary celebrated in the Islands!  We took a break from our usual destination of Maui, and decided to try the quieter isle this year. Laura and I have a strong […] 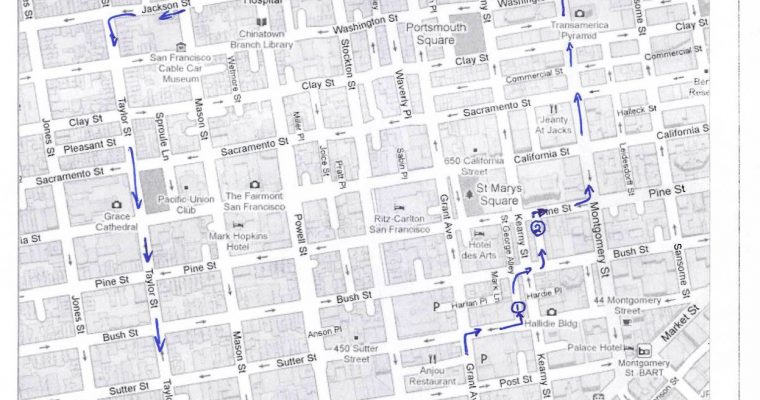 Click here to see other Tapas Crawls! Tapas Crawl After reading a recent article in the San Francisco Chronicle about a Tapas Tour of the City, Laura and I got excited to try that one for ourselves!  As you’ll see by reading thru the blow-by-blow […]

For our most recent wedding anniversary, Laura and I thought we’d try something different and turned to one of our favorite south bay chefs, Josiah Sloane at Sent Sovi in Saratoga.  Josiah is very accessible and responds quickly to emails or you can just pop in before or after dinner service and talk to him directly.  For this anniversary, I asked Josiah to create a menu that included the following elements: wild mushrooms, heirloom tomatoes, lamb, a simple dessert, and a Gary Pisoni Pinot Noir.

In response, Josiah and the team at Sent Sovi prepared the following fabulous meal for us, consumed on the patio where we could enjoy the warm summer evening:

The food, as always, was terrific and the Wild Mushroom Curry was a true standout.  Think you can’t have 5-star food your way?  Call Josiah at Sent Sovi. 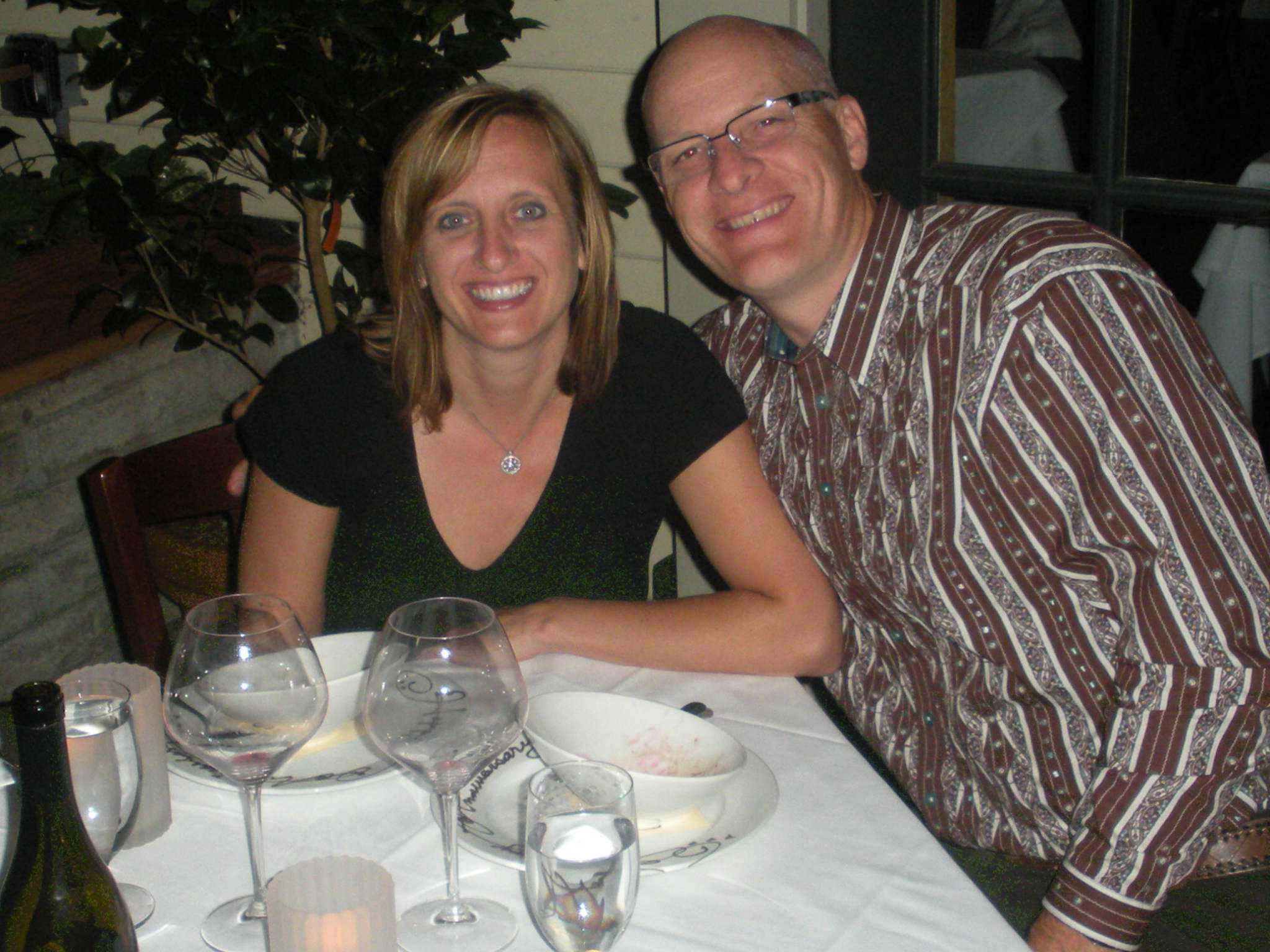 Chris & Laura after the Anniversary Feast!

A Caribbean Lunch in the Sun

A Caribbean Lunch in the Sun I’ve received a lot of nice feedback for the Caribbean lunch we served last Friday, August 7th, (plus requests for recipes) from many of the team.  On behalf of Rose, Dave, Joanna and myself: Thank You!  We’re glad you […]